Are There Risks to Playing Soccer on Infilled Artificial Turf?

Although lower leg injuries can occur in all athletes, there is evidence that deep cleats, such as those used by soccer players, may dramatically increased the likelihood of severe non-contact injuries such as ACL (anterior cruciate ligament) tears of the knee. 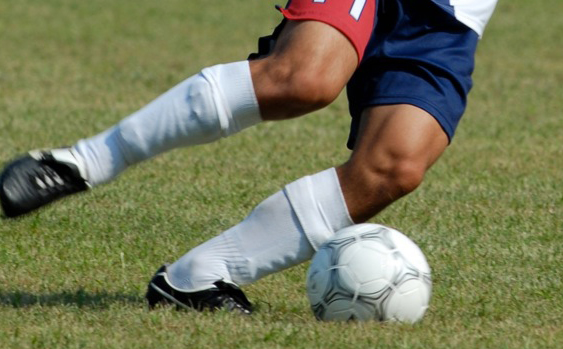 Athletes who have experienced them describe, "getting stuck," which may be due to the soft material base or getting their cleats tangled in the artificial grass blades. Furthermore, many of these fields are thought to be 'maintenance free,' but in actuality require regular maintenance to avoid becoming overly soft and increasing the risks to the athlete.

It is not only recent news, such as NFL players who are blaming infilled artificial turf for their injuries. The American Journal Of Sports Medicine, in an article published March 5, 2009 entitled, Football Playing Surface and Shoe Design Affect Rotational Traction that concluded that infill artificial surfaces exhibited significantly greater rotational traction characteristics than natural grass. Importantly, the study also concluded that the only cleat pattern that produced the lowest torque on these surfaces was a turf-style cleat. Among the artificial surfaces studied, infilled artficial turf had the highest rotational stiffness and peak torque.

A January 2010 study published in the Journal of Biomedical Engineering entitled, The Effect of the Shoe-Surface Interface in the Development of Anterior Cruciate Ligament Strain concluded that cleats used with modern turf had a 45% higher strain to the ACL when compared with cleats on grass.

In a study of college player, a significantly higher rate of ACL and lower leg injuries on infilled artificial turf was found.

In a complete ACL tear, the short, stubby ligament in the back of the knee is permanently destroyed. Thus, an "ACL repair" is not really a repair at all, but rather a "re-creation." In children, most often the orthopedic surgeon will harvest part of the patellar (knee cap) tendon, along with a small portion of bone at each end of the tendon. These bone ends are then sewn back into the original ACL tendon insertion locations. In adults, the tendon is often harvested from cadavre donors.

Recovery from ACL surgery is a long and painful process, especially for children and teens. The knee is completely immobilized at first by a rigid brace. Subsequently, special machines are required which passively increase the range of motion. Hours of physical therapy are then required. Most orthopedists recommend at least six months without athletic activity, and some surgeons believe that it may take up to a year or more before the transplanted tendon is completely strong.

Although ACL surgery is now widely performed through small incisions, the harvesting of the patellar tendon requires a large incision. And ACL surgery requires general anesthesia.

What you can do:

The manufacturers of these infilled artificial turfs advertise them as "safe as grass" and state that there is "insufficient evidence" to prove whether they pose a risk for ACL tears.

But as a parent, your soccer-playing child has only two good knees. You don't need twenty, fifty or one hundred studies showing you there is a definite risk. Your only concern, based on the studies cited above, is that there is a possible risk.

Legal Disclaimer: SoccerTurf.Info is not a medical standard to be adhered to in all individual situations. SoccerTurf.Info specifically disclaims any and all liability for injury or other damages of any kind, from negligence or otherwise, for any and all claims that may arise out of the use of any recommendations or other information contained herein.